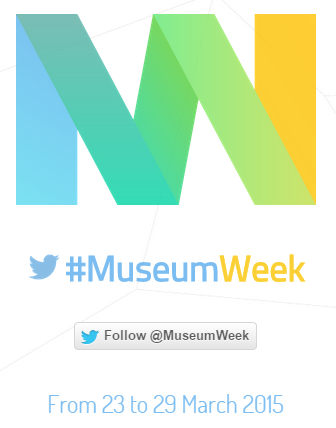 Did you know it's Museum Week? And that there's an organization, website, Twitter ID and Twitter #hashtags all in support of  this first ever internationally coordinated Museum Week? Museums and museum lovers across the globe are sharing their photos, Vines, memes and selfies on Twitter with the hashtag #MuseumWeek from March 23 to March 29, 2015.

This group of leading-edge museums have evolved in how they engage with their newest patrons — the Millennials and Generation Z — who interact differently and more socially than their parents and older siblings, and aren't content to passively stare at exhibits.

As an article in the Guardian explains it, "Instead of shouting at rule-breakers with camera phones, more and more museums around the world are starting to embrace the twitter crowd by removing their restrictions on photography and by providing free institutional wireless access so we can snap-and-live-tweet photos of their collections. This was an important decision because everyone knows that a few tweeted photos can provide only the tiniest taste of reality, and for that reason, often serve to lure in more inquisitive people rather than fewer."

I'm smitten with the entire #MuseumWeek program, and eagerly comb through my Twitter feed, thinking "I'll retweet that one and that one....". I follow the @MuseumWeek ID, and check my Twitter feed several times a day for new tweets. The entire program is a feast for the eyes, and the "7 days, 7 themes, 7 hashtags" program is ingenious, eye-catching, and ground-breaking in how they're re-positioning their collections.
If you're so inclined, there's even a widget builder to customize and embed #MuseumWeek content into your blog or website.

It's a fun and interactive page that's definitely worth checking out. 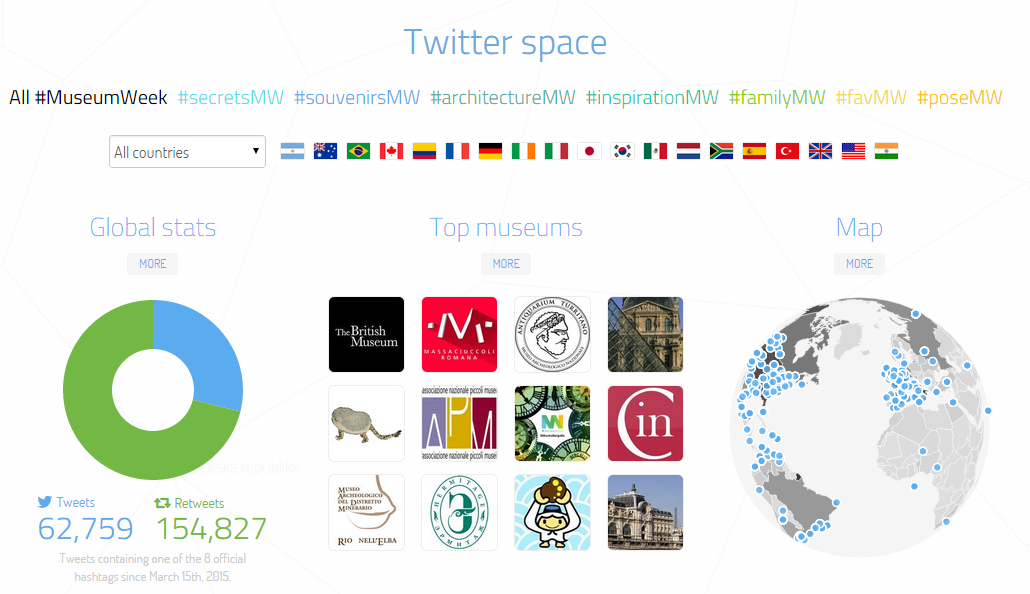 This Twitter campaign definitely deserves an A+ for creativity.